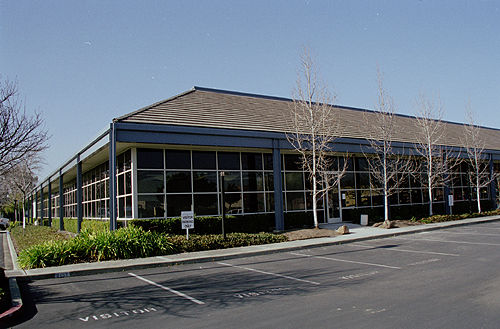 Hewlett-Packard and its sister company, Agilent, will occupy this facility on Willow Road starting in February.

One of Hacienda's first tenants, Hewlett-Packard, has found a new home along with its sister company, Agilent, in separate facilities at 4430 Willow Road. The combined leases total 33,440 square feet.

Hacienda's first building opened in August of 1983. In 1984, Hewlett-Packard's facility at 5725 West Las Positas Boulevard opened, where they have remained until now.

The move to new quarters was necessitated by the split, finalized last June, of Hewlett-Packard into two companies. One business, which focuses on computing and imaging products, retained the company name and the second, Agilent, focuses on electronic measuring equipment as well as medical and semiconductor equipment.

"As part of that split, we also took a look at the overall utilization of our facilities and put together a broad nationwide plan to make sure we maximized our use of space," says Hewlett-Packard spokesperson Rick Lane.

"Agilent will continue to provide sales and service for its products out of the new facility," says Agilent's Peggy Cobo.

Agilent's primary markets are the communications and electronics industries, which generated about two-thirds of the company's revenue in 1999. Their primary products in those areas include test, measurement, and monitoring devices which enable their customers to design, produce, service, and manage communications networks.

Hacienda's Hewlett-Packard office will also continue to be devoted to sales and service of the company's entire product line.

The main focus of that line is computer-related, including HP Kayak PC Workstations, HP Vectra corporate PCs and HP Pavilion home PCs. Also popular are the company's LaserJet and DeskJet lines of printers. Hewlett-Packard also has a line of scanners sold under the ScanJet name.

Both companies are leaders in their respective industries.